Your voice is the sound that air makes when it is forced out of your lungs and passes over your vocal cords. Vocal cords are the two folds of tissue inside your larynx, also called the voice box. The vibration of those cords is what produces speech. A person speaks anywhere from 2,000 to 10,000 words per day. That’s a great reminder of how hard our vocal cords work over a lifetime!

Normally, using our voice is a natural, fluid, effortless process. But sometimes a complication comes along that keeps the vocal cords from vibrating properly, resulting in a noticeable change in vocal quality. You may have a voice disorder when you have some problem that impacts how your voice sounds and feels. Your voice may become quivery, hoarse or rough, strained or choppy, weak, whispery, breathy or simply too high or low in pitch.

What causes this? A whole host of issues, ranging from growths (caused by illness, overuse or cancer), inflammation and swelling (due to medications, allergies, acid-reflux, exposure to certain chemicals, smoking), nerve problems (Parkinson’s disease, MS, Huntington's disease), hormones (disorders affecting thyroid, growth and male and female hormones), and vocal misuse (excessive yelling, talking, singing, forcing voice to speak outside of your natural pitch, coughing and even clearing the throat!). As a result, you could develop a voice disorder such as:

Vocal nodules: Sickness, injury and vocal abuse can all cause extra tissue to grow on your vocal cords, which stops them from working as they should. The most common of these is vocal nodules, which are caused by continued abuse of the larynx. Initially, soft, swollen spots appear, but with repeated abuse, callus-like nodules develop.

Vocal polyps: These swollen, stalk-like or blister-like growths on one or both vocal folds are often caused by a single vocally abusive event. Polyps are typically larger than nodules.

Vocal paralysis: One or both vocal cords are paralyzed, causing problems with voice quality, breathing and even swallowing. This can result from a viral infection that affects nerves, injury to a nerve during surgery, stroke or cancer.

Spasmodic dysphonia. This is a nerve problem that causes the vocal cords to spasm. So, while the voice may sometimes sound normal, at other times it will sound tight, quivery, jerky, or hoarse.

Reinke’s edema: Gastric reflux, hypothyroidism and, most significantly, smoking can all put you at risk for a chronic condition called Reinke’s edema, a white translucent fluid that collects in the gelatinous layer of the vocal cord located right underneath the outer cells of the vocal cord. This causes vocal cords to bulge, resulting in a voice that becomes abnormally low-pitched and hoarse. This condition will worsen for as long as you continue to smoke or abuse the voice.

When it comes to voice problems, people may tend to put off seeing a specialist, figuring it is just laryngitis or a cold and they can just walk it off (or maybe “talk” it off!). But if weeks have passed, and your voice still hasn’t returned to normal, it’s wise to seek help, as true voice disorders normally will only get worse without treatment. 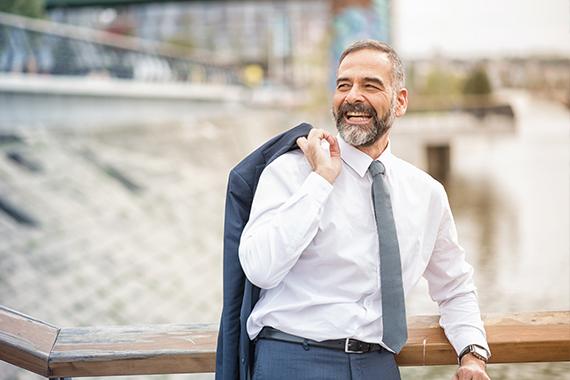