At Progressive Therapy Associates, we provide Berard Auditory Integration Training or Berard AIT to adolescents and adults. Berard AIT is a listening program that assists with reorganization of the sensory center of the brain.

The program has been very helpful to those who have trouble with focusing, filtering sounds, learning, and processing information. If you or someone you know has trouble with auditory overload and focusing; this training is for you.

The training involves listening to specially selected music that has a range of low to high frequencies and a fast tempo.  This gives the muscles of the middle ear a good workout so that information is sent to the inner ear and brain more effectively. Only ten days of listening is needed to encourage a positive change.

Berard Auditory Integration Training  encourages neuroplasticity within the brain. Essentially, this means rewiring and making new connections. So, it can help with challenges such as poor attention, difficulty remembering, and difficulty ignoring background sounds. It has also been used to help people who have challenges with learning, balance and coordination, or just in general challenges with listening and understanding. Training has also been really helpful for people who have had any kind of change in perception such as vision, what they hear, and other sensory input. People who have these kinds of challenges may have diagnoses such as brain injury, ADHD, autism, dyslexia, central auditory processing disorder, or a learning disability.

Berard Auditory Integration Training is relatively new to our clinic and also to this area, Fargo-Moorhead. We are the only clinic that provides it in the area. Already, we have seen some really great, exciting improvements. We have found it to be a very effective with  reducing sound sensitivity.

Sound sensitivity can present itself in many ways such as sounds that were barely noticed before are now quite startling and louder or background noises themselves can be quite overwhelming. Sometimes it feels like sounds are presenting themselves all at the same time which makes it very hard for the brain to focus on what is most important and ignore background sounds. A person who is sensitive to sound may have challenges with large gatherings of people and could become easily overwhelmed or irritable.

After a brain injury, it is very common to experience hypersensitivity to sound. This may result in feeling overloaded, overwhelmed, and overstimulated even in places that were tolerated fine before. One client reported that traffic noise was too much and that he could not tolerate the sounds in the lunchroom cafeteria at his workplace. He attempted to use earplugs, and this was helpful, but it really did not address the root of the problem. After Berard AIT, he was be able to go into previously overwhelming environments and not use earplugs because his brain could process the information more effectively.

We also worked with another lady who had a brain injury as a result of West Nile virus; she too was somebody who needed to use earplugs almost constantly within the work environment since she was easily distracted by the phone ringing or other people talking. In fact, she worked in a cubicle environment so this was very challenging for her. She was also so sensitive to sounds at home, for example, if she was lying in bed, she could hear her cats using the litter box on the other side of her home or hear the refrigerator kick in during the night which would repeatedly wake her up. During the training, she began to notice subtle improvements. For example, she was in a restaurant and realized that she was in the environment for approximately an hour and a half and was not feeling overstimulated. Previously, it would have been very easy for her to be in a public space and have difficulty focusing on the conversation itself and filter out background noises such as people talking in a different booth a few tables away from her, the music, and someone using their utensils on the plate. After the training, she has been able to sleep soundly and not be sensitive to those sounds that previously would wake her up. She was also advised to reduce the use of earplugs as much as she could so that her ears would have a chance to recalibrate to sound and to be able to process it more effectively. Currently, she rarely uses earplugs in the work environment. She has also noticed she has less fatigue; therefore, it is easier for her to focus.

A reduction in fatigue is a great improvement we have seen after Berard AIT. Typically clients are able to make it through their day with more energy because their brains do not have to work so hard to try to process all of the competing sensory information.

Another client had ADHD and then sustained a brain injury approximately 10 years ago. She had not been able to smell since her brain injury. During the training, she began to experience an intermittent sense of smell again. Six months later, she continued to have her sense of smell and she was very excited about this.

We also worked with an adolescent who had a significant medical event requiring multiple surgeries. After his hospitalization, he could not tolerate typical noises at home, in school, or in the community. He struggled with focusing and learning in the busy school environment. He had also become hypersensitive to sounds at basketball games, parades, and fireworks. In fact, he was a kid who used to love those types of environments, but now needed to leave them after a short while since he could not handle it and would cry. After the training, he was able to function better at school, home, and even enjoy fireworks again. He was so excited to report that can block them now with regards to competing sound.

At our clinic, Progress Therapy Associates, we are excited to help more people with cognitive and sensory processing difficulties so that life can be less draining and more enjoyable. We are looking forward to hearing about additional exciting improvements clients continue to share with us. 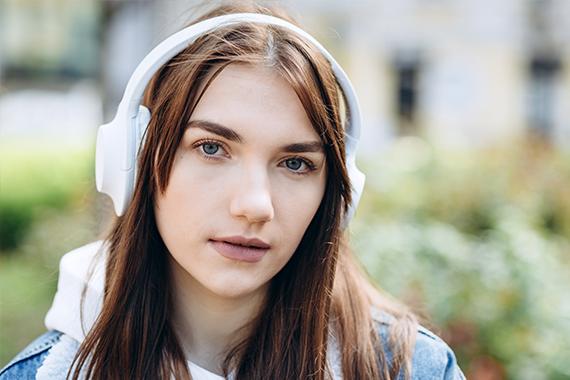